Vancouver is Canada’s largest and North America’s third-largest film & television production centre. Home to more than 452 motion picture productions, the industry had a direct spend of $3.8 billion in 2017/18. Consistently ranked as one of the top three best cities to live & work as a moviemaker, BC’s film production industry has more than doubled in the past six years and shows no sign of slowing down. What Vancouver is hoping to slow down, however, is the industry’s waste output and greenhouse gas (GHG) emissions. By increasing local industry leadership in sustainable production, Vancouver can continue to strengthen its economy while meeting its Paris Agreement climate goals. Luckily, Creative BC and Green Spark Group’s Reel Green initiative was created to do just that.

Another way Vancouver is leading the way for film & television industry sustainability is by enacting legislative policies to reduce productions’ GHG emissions. Film sets used an estimated 1.8 million litres of diesel over Vancouver’s 2,350 filming days in 2018. In July 2019, City Councillor Adriane Carr passed a motion to phase out diesel-fuelled generators and diesel-fuelled food trucks across Vancouver. Motion picture industry producers are collaborating with City of Vancouver staff on plans for the infrastructure development, operational access requirements, and funding involved in setting up power drop plug-in connections to serve the needs of the industry from the province’s electrical grid and reduce dependence on generators.

Transport Emissions: A Work in Progress

Transport is a top GHG emissions contributor for both the film industry and cities as a whole. Recent data indicates that Vancouver’s 13% increase in foot/bike/transit-based travel over the past decade does not correspond to a similar reduction in transport-based GHG. This highlights the pressing need to prioritize reducing fleet transport GHG emissions and transition as many vehicles to zero emission fuel. This impetus was at the very core of VEC’s workshops, titled ‘The Future of Fleet Transportation and the Critical Path to Zero Emission Vehicles (ZEVs) in the Film Industry’. The first session’s panel featured Neal Peacocke, Senior Transportation Engineer for the City of Vancouver; Evan Dacey, Fleet Strategy & Asset Management for the City of Vancouver; and Mubasher Faruki, Associate Dean of BCIT’s Automotive Department. These experts demonstrated our region’s readiness for a widespread shift to ZEVs, from its municipal-level regulations and incentives through to vehicle availability and mechanic training on new electric drivetrains. This session attracted a large audience (standing room-only!) and addressed many of their potential concerns regarding the logistical and financial feasibility of low carbon transportation strategies. 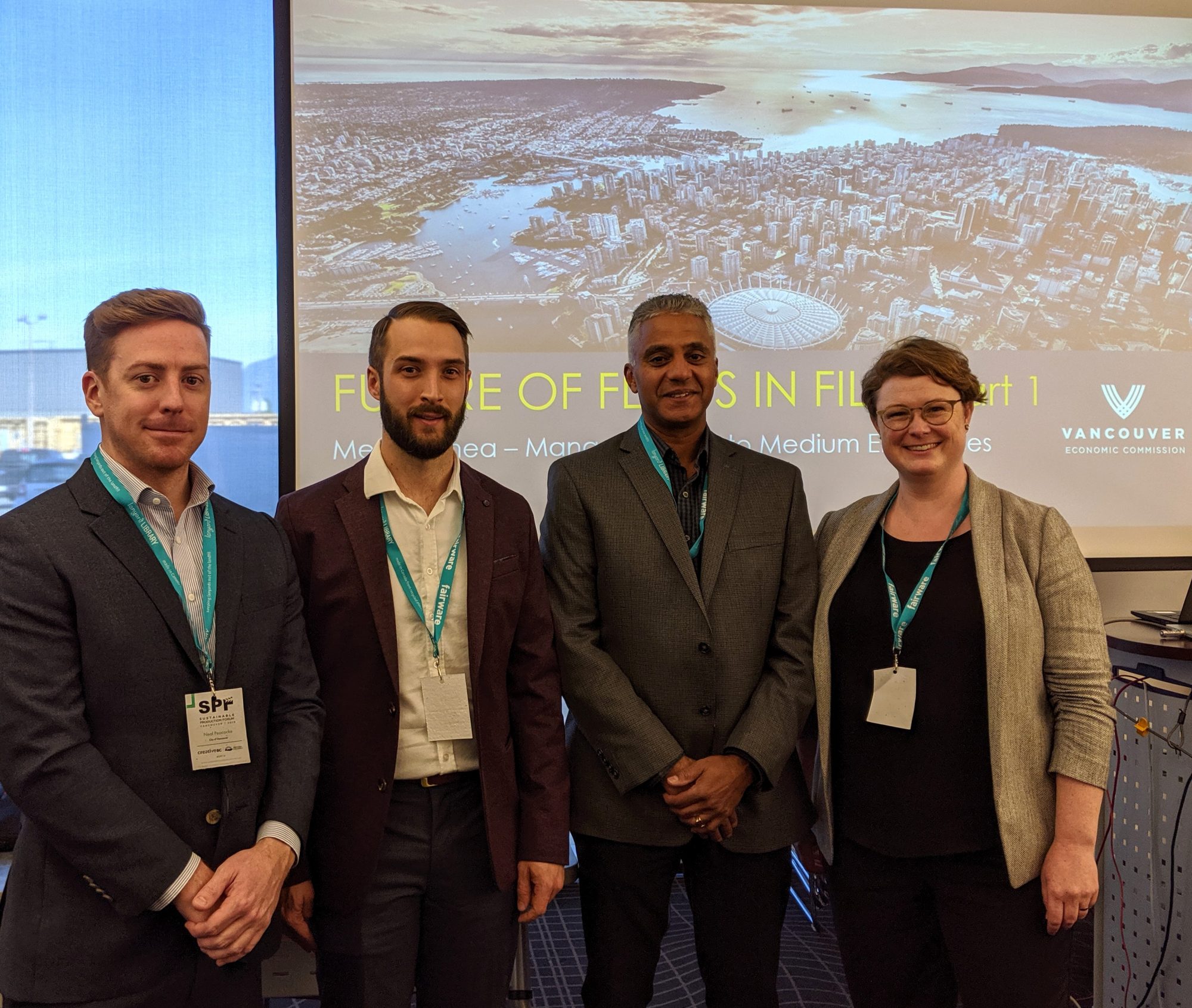 During our afternoon workshop, members of IATSE Local 891 Union explained that vehicle ownership and use in the film industry is complex, and as a result, provincial and federal incentives are not effectively targeting fleet transformation in film. The majority of medium and heavy-duty (MHD) film industry vehicles are not owned as corporate fleets but rather privately owned by independent contractors. This points to a need for industry-specific incentives for individual MHD vehicle owners. A deeper dive is needed to better understand motion picture industry practices and identify the leverage points for enabling a transition to clean transportation in film.

VEC is committed to supporting the motion picture industry, a vital economic sector in BC, as it transitions to zero emission transportation. More research will be done and better tools developed specific to this industry. VEC and transportation experts will attend industry events and Reel Green meetings working to make the transition to ZEV as simple as possible. For more information on current low/zero emissions vehicle incentive schemes available to all BC residents and commercial owners, please visit: Plug In BC, Plug ‘N Drive, and Transport Canada ZEVs.

Congratulations to Zena Harris and her team at Green Spark Group for curating this timely and important forum. Thanks also to Creative BC, the Motion Picture Production Industry Association (MPPIA), and SPF’s many partners & sponsors for their support in helping to shape Vancouver’s environmentally-conscious future. Collectively, SPF attendees helped the forum reach its goal of planting 1,000 trees via Tree Canada (one tree for every registered attendee) in areas across BC affected by environmental threats such as wildfire.

All film & television producers inspired by SPF are encouraged to visit Reel Green and learn more about how to optimize their sustainability strategies and become leaders in the fight against climate change. 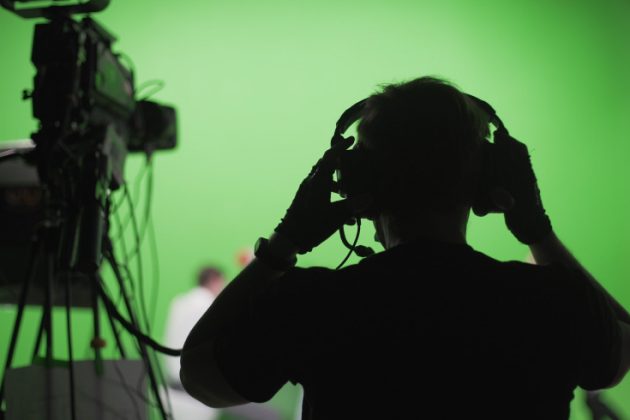 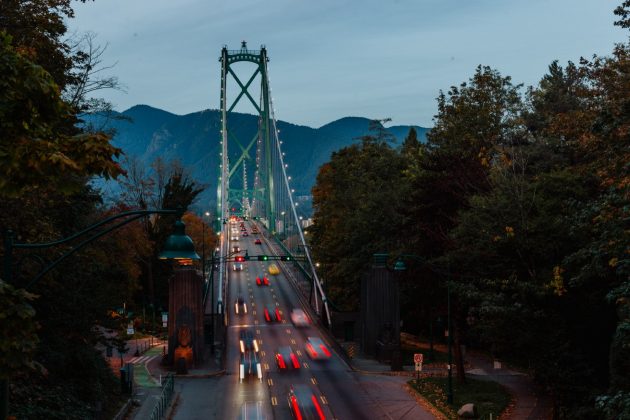 In preparation for our annual Vancouver Digital Entertainment Career Fair we asked some our hiring studios to share their advice […]
Vancouver Economic Commission
Thanks for subscribing to The Lens.